Top Posts
Facts You Need to Know about Hemp Seed...
How To Make Your Own Delicious Hemp Milk
The 5 Best CBD Oil Trends of 2020
What is CBD Used For?
Is CBG the next trend?
5 Things to be Aware of When Starting...
DIYs During Lockdown: How to Make Your Own...
Coronavirus Lockdown – Can I Still Get Marijuana...
How Has Coronavirus Changed the Cannabis Industry?
Best Cannabis Strains To Try While In Quarantine
hemp

The Merriam Webster Dictionary defines hemp as a “tall, widely cultivated Asian herb (Cannabis Sativa) of the mulberry family with tough phloem fiber used for cords and ropes.” Cannabis immediately reminds people of narcotic cannabis or marijuana that people smoke to get high.

Hemp belongs to the same plant species Cannabis Sativa. But it does not have the psychoactive properties of its narcotic cousin. Hemp, instead, is usable in multiple ways. It has a range of benefits for human beings. Uses of hemp range from dietary supplement and medicine to bioplastic and biofuel, and more.

Read on to know more about the uses and supply of hemp, as also how the US is positioned in the hemp market.

The Commercial Aspect of Hemp

Hemp, also called industrial hemp, has a history of nearly 10,000 years of human use. That history is not about giving anyone a “happy high”! Industrial hemp is a big hit in the textile industry. The texture, sturdiness, and flexibility of this plant make it a great replacement for cotton.

Hemp, like cotton, gets softer with every wash but is considerably more durable. It can also be combined with other materials like silk to create more comfortable fabrics. However, common people have been using hemp for clothing since ancient times, archaeological remains testify.

The plant is also used to manufacture paper, bioplastic, biodegradable and carbon-absorbing building material, and much more. As per recent research, even biofuel as stated in the “Revival of Industrial Hemp” (Michelle Young, 2005).

Now, before we move on to discuss US involvement in the hemp business, let us first cover the major difference between marijuana and hemp to dispel any possible confusion.

Marijuana has some approved medicinal use, referred to as medical marijuana. But its major use is for recreational purposes: to get high. That is because it has high amounts of a compound called tetrahydrocannabinol (THC), which has psychoactive properties.

Hemp, on the other hand, has low levels of THC: 0.3% or less, and does not have psychotropic effects, therefore. The Agricultural Marketing Research Center has also laid down other points of difference between drug cannabis or marijuana, and hemp, based on their physical appearance and attributes.

A recent market analysis report predicts a 13.7% compound annual growth rate (CAGR) for the hemp market from 2019 to reach US$ 13.3 billion by 2026. A total of 36 countries have been cultivating hemp since 2017, driving this growth.

Mistakenly identified as a narcotic, hemp cultivation remained prohibited in many countries until recently. The current trend of decriminalizing this multifaceted plant has revolutionized the hemp market scenario.

New Frontier Data recently released its findings in the Asia-Pacific Hemp Brief: 2018 Industry Overview. This report highlights China’s involvement and growth rate in the cannabis market. China has been a long-time player, introducing strict but effective regulations for the production, processing, and distribution of hemp around the world.

In fact, the country controls over one-third of the current market. One of the rare countries to respect ancient wisdom and not ban the plant, China currently produces 44,000 metric tons of hemp annually. That amounts to 38% of the total global production, says the American Golden Biotech.

It wouldn’t be an exaggeration to label China a global giant in the hemp market. Canada comes second, with hemp production in the country growing by a whopping 80% between 2016 and 2017. Europe comes third, with France alone producing 59% of all hemp seeds.

It is worthwhile to clarify one point at this juncture. The cultivation processes of hemp meant for seed use and hemp meant for fiber use are different. There are resultant differences in the plants also. Market estimates capture both overall hemp production and the markets for seeds and fibers separately.

China, Canada, and Europe are the top three in the overall hemp market. France leads the hemp market for seeds. The US had been the biggest importer of hemp for a while, but things started changing since 2014. 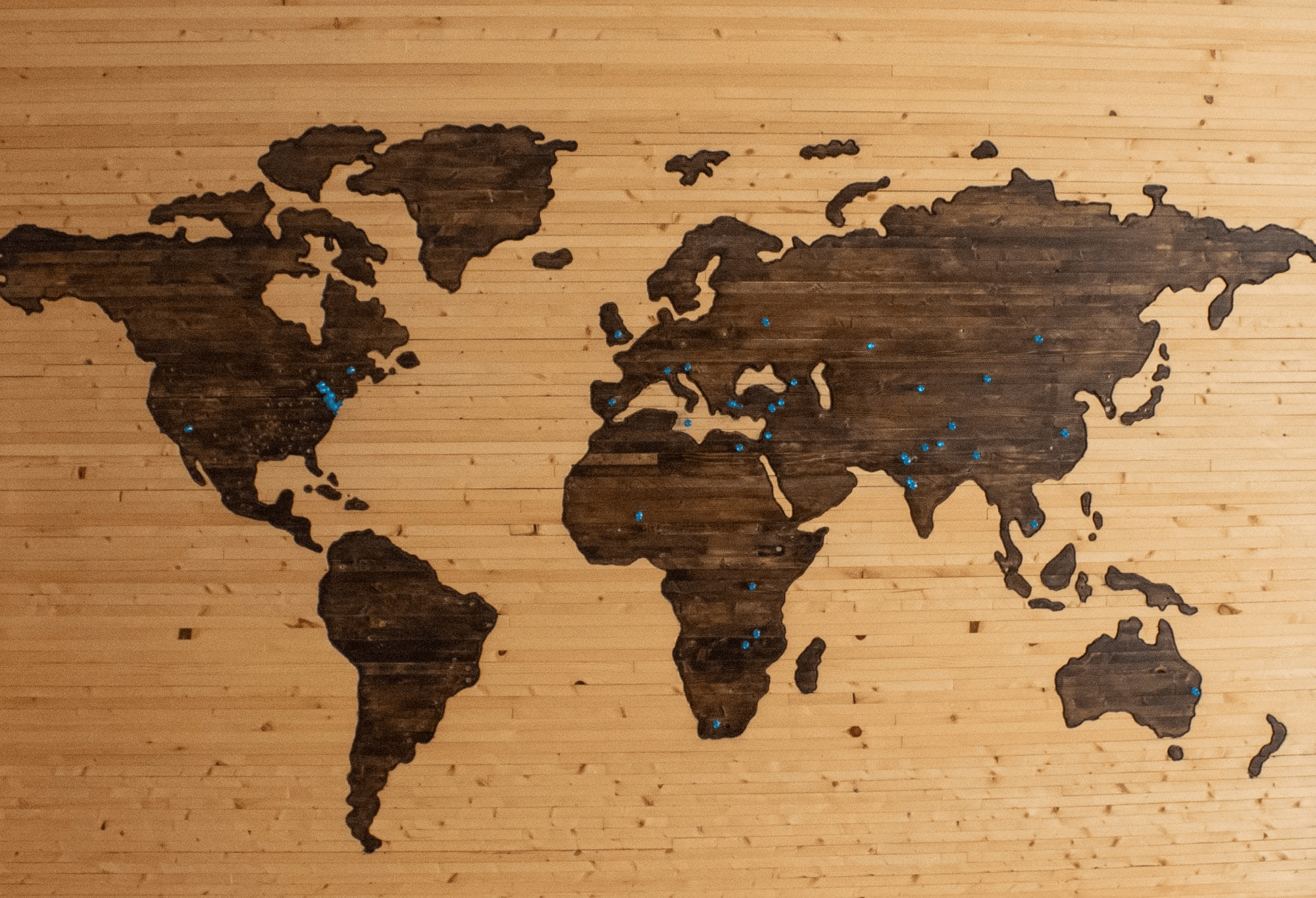 Hemp in the US: A Chequered History

A 16th-century chronicle bears testimony that hemp grew in abundance naturally in the US all those years back. An online journal on people’s history published by the MIT (Massachusetts Institute of Technology) reports this. Farmers had a legal obligation to grow hemp as a staple throughout the 18th century.

George Washington grew hemp, and so did a number of other US Presidents till the culture of hemp prohibition started in 1937 with the Marihuana Tax Act. The prohibition got temporarily lifted in 1943 when the US joined the Second World War.

Japan had effectively blocked all supply routes of hemp to the US. So, growing hemp for the war effort was canvassed as a mark of patriotism. But the ban returned after the war. What started through a prohibitive tax law in 1937 was cemented in 1970.

The Controlled Substances Act of 1970 branded hemp as a contraband Schedule I drug along with cannabis/marijuana. Since 1998, however, the US started importing hemp. That is a clear indication that the US industries needed hemp despite the ban.

The US Retail Hemp Market

No official statistics of the market value of retail sales of hemp-based products is available. However, a research report submitted to the US Congress in 2018 uses the following data collated by the Hemp Industries Association in the US:

The US retail market sales

As clear from this chart, the US retail market value for hemp products in 2016 stood at nearly US$ 700 million. It is worth noting that the industrial use of hemp had a 20% market share in 2016, second only to personal-care products.

What the prohibition effectively did to the US is to make it dependent on importing hemp, The research report to the US Congress mentions that the total value of the US hemp import was US$ 67.3 million in 2017. This was a decline from the highest hemp imports value ever in 2015 of US$ 78.1 million.

Hemp imports increased steadily between 2005 and 2015 after an Apex Court decision in 2004. By this decision, the controversy over the legality of hemp imports in the US got resolved. The record high of 2015 could be because of a 2014 Act. President Barack Obama signed this Bill to allow pilot farming of hemp for research purposes.

Canada is the major supplier of hemp in the US, covering nearly 90% of the imports. The second supplier is China with a 3-5% share. Romania comes third with a 2-4% share. The Farm Bill 2018 has finally legalized hemp production all over the US. That should pave the way for lessening the US dependency on hemp imports.

However, the question remains as to how efficiently the US farmers will feed their manufacturing sector and emerge as a competitor in the global market. Current reports mention that US farmers can only grow hemp of mediocre quality as of now.. 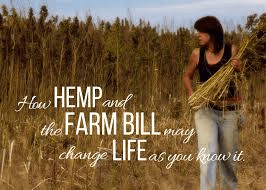 US Dependency on China Beyond Hemp

As the lead exporter to the US, China supplies an entire range of goods to the US market with the top five items in that order being:

This is where the Farm Bill 2018 becomes significant for the US manufacturing sector. Will increased hemp production in the country lessen its dependence on China? That has emerged as a critical concern, given the current trade wars between China and the US.

That is the term that Chinese farmers use for hemp because of the increased income this versatile plant brings them. With the legalization of hemp cultivation in the US, farmers there are also looking at it as a potential source of considerable income.

A December 2018 article in Forbes mentions that the US farm sector has been under a fair amount of strain in recent times. Demand for dairy products and tobacco has been dwindling. Soybean sales became difficult once the trade wars started because of the steep retaliative import tariff by China.

Hemp as a domestic crop with steady sales prospects has emerged as a new ray of hope for US farmers. That prospect of steady sales has implications for US industries also.

Hemp for the Pharmaceutical Industry

Both the Food and Drug Administration (FDA) and the Drug Enforcement Administration (DEA) allowed the use of CBD oil in medicine called Epidiolex in 2018. This is an anti-seizure medication for patients with epilepsy. The pharmaceutical industry is hopeful of more approvals for the medical use of hemp seeds and oil.

Hemp has a role to play with regard to another major import item from China: plastics. Domestically grown hemp has the potential to boost hemp bioplastic manufacturing. That will simultaneously boost that sector and provide a solution to the plastic pollution issue.

Author Bio: Vishal Vivek, Co-founded Hemp foundation to increase awareness about the most misunderstood plant on the planet. He believes that we can fight climate change, water crisis and plastic pollution with Hemp.

Times Group recognized him as a legendary entrepreneur and published his biography in “I Did IT- Vol 2” at the age of just 30! 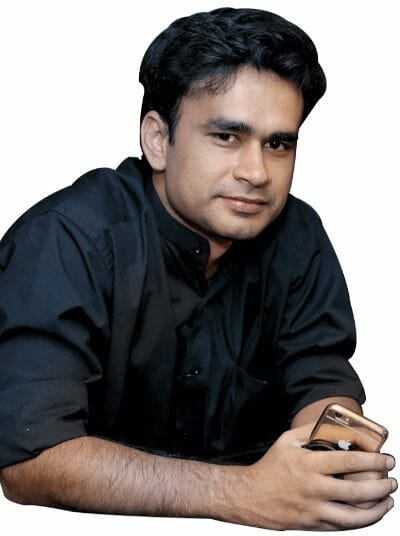 CBD for Cats: Benefits, Side Effects and Uses

Is There a Difference Between Hemp Oil and...

Everything You Want To Know About Hemp Seed...