Top Posts
4 Different Ways You Can Consume Hemp Oil
Facts You Need to Know about Hemp Seed...
How To Make Your Own Delicious Hemp Milk
The 5 Best CBD Oil Trends of 2020
What is CBD Used For?
Is CBG the next trend?
5 Things to be Aware of When Starting...
DIYs During Lockdown: How to Make Your Own...
Coronavirus Lockdown – Can I Still Get Marijuana...
How Has Coronavirus Changed the Cannabis Industry?
BlogExploringhempindustry

Hemp is a common plant found in much of the northern hemisphere that has been used for millennia by civilizations. Hemp ropes are naturally mold and mildew resistant and have always been particularly popular with sailors, as ships and sailboats often used hemp rope to secure the rigging and/or to attach to the shore.  The texture and look of hemp rope have almost become synonymous with strong winds and large waves. Hemp rope was also particularly popular with hunters as it is strong enough to allow hunters to pull, attach, fasten, and carry their prey, as well as make strong traps.

What is Hemp Rope

Hemp is mostly used as an industrial material (Similarly to cotton, for example.) to create clothes, shoes, paper, and bags. Hemp is perfect for DIY projects such as decorating walls, rooms, handrails, water pipes, balcony guardrails, and more as it adds a rustic element that is so critical for that outdoor image. Hemp ropes are also a great tool for creating an amazing experience when making a gift. Using Hemp rope as a decoration piece shows them that you want them to feel the quality and effort that went into their gift. Hemp is part of the Cannabis Sativa plant family. The Cannabis plant has many strains and goes under many names. Among them: Cannabis, marijuana/marihuana, weed, hemp, or pot, however, Hemp itself is purely industrial, and does not contain any significant enough dosages of the chemicals found in smokeable Cannabis.

What is Hemp Rope Made From

Broadly speaking as the name implies hemp rope is primarily made with hemp, although some other materials are sometimes used as well. Hemp rope is created by separating the fibers of the bast by cutting lengthwise and then peeling 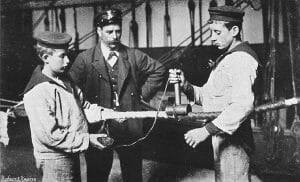 the fibrous content off. this can then be further separated and woven. Real hemp rope made from hemp (as opposed to Manilla rope) also requires the process of tarring, which consists of coating the rope with black tar, this allows the hemp rope to be more durable as well protecting it from rot. Some manufactures also apply mineral oil to the hemp rope to help the rope stay in greater condition for longer.

What is Hemp Rope Used For

Hemp rope has always played a significant role in the maritime industry, as many ships required hemp rope to be able to dock, as well as sailboats using it for their sails. Hemp rope used to also be used by hunters for tying up their big game 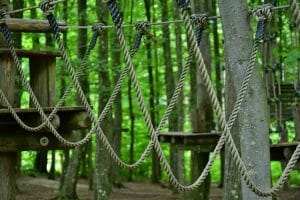 Hemp rope being used for an outdoor climbing adventure park.

animals after a kill. Since the advent of synthetic ropes, hemp ropes are becoming less popular for industrious purposes. Hemp ropes today are more often used for gardening, arts and crafts projects, outdoor activities, and decoration.

At first glance hemp rope looks the same as Manila rope; this is, however, not true. 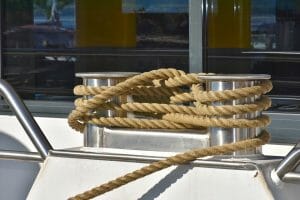 (Manila) Hemp ropes have historically been used in the marine industry due to the rope’s strength and ability to hold knots, something that you cannot do with a chain.

What is Manilla Hemp Rope

First of all hemp rope, is made from actual hemp fibers, whereas manila rope (sometimes referred to as manila hemp) is not made from hemp but the fibers of bananas. Manila rope is named after the capital of the Philippines, as the banana plant from which the fibers are used is a native plant of the Philippines. Manila rope is in some sense more superior to hemp rope when used in sailing because the manila rope is better at expelling unwanted liquids from the inside of the rope when laid out to dry. Thick hemp ropes tend to hold water on the inside, causing rot to eventually breakout while seeming to be dry on the outside, this, of course, can cause the rope to break. 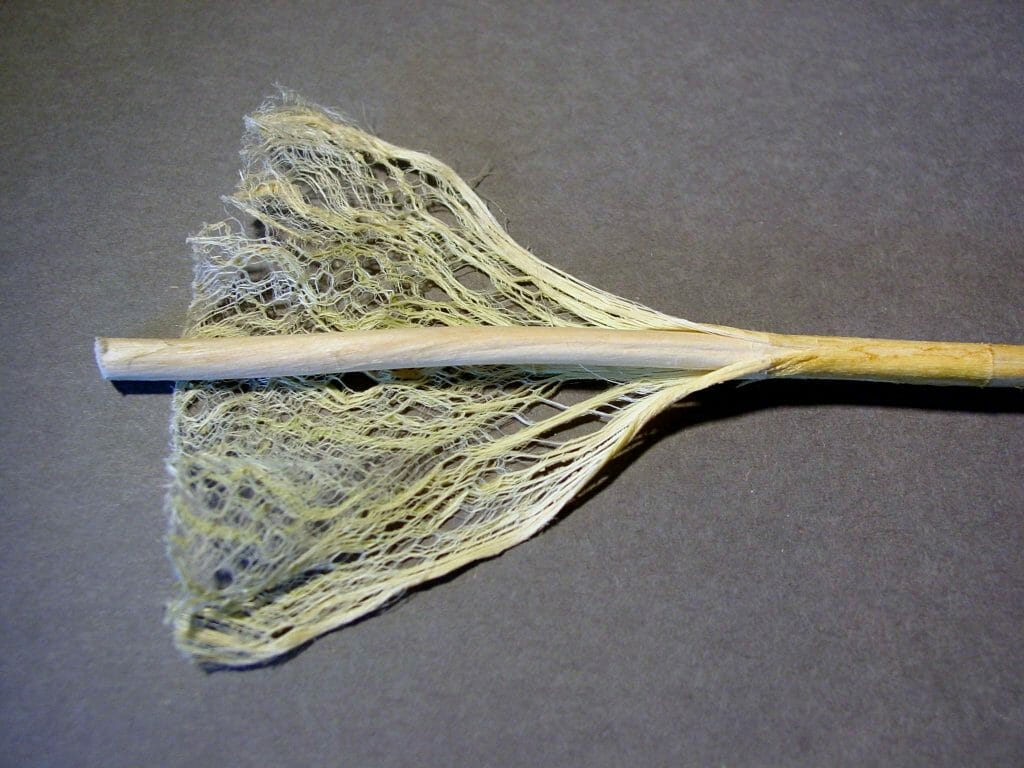 Before manila ropes became popular, hemp ropes were used in sailing. To combat the issue of rot breaking out inside the rope, sailors would tar the rope, making it waterproof. The sailor who was responsible for tarring was commonly referred to as ‘Jack Tar’

West Coast Paracord Twisted Manila Hemp Rope can be purchased in a humungous variety of lengths and thicknesses allowing you to get exactly the hemp rope you’re looking for.

The US used to be at the forefront of Hemp processing. George Washington himself was a fan of the plant and pressured the people around him to cultivate the practical plant.

Hemp was used in creating anything from clothes to shoes, to paper.

President Washington was also known for growing the plant himself. It is believed that George Washington not only bred the plant for the fibers but even sampled some of his strains in an attempt to find a solution to his toothache. Thomas Jefferson was not to mention also a proponent of the hemp plant. The hemp plant could be utilized for many reasons, making it be a very lucrative cash crop. Slaves would often find themselves working on hemp fields. Kentucky’s economy, in particular, was very tied to the production of hemp.

1937 marked the decline of hemp production in the United States, as the Marihuana Tax Act was passed, which lead to a tax being levied on anyone doing business in hemp. The 1937 Marihuana Tax Act is credited for destroying the hemp industry and is believed to be propelled solely for the rise of similar adjacent industries in an attempt at greater profits. Despite this, hemp played a significant lasting role throughout World War II, ensuring that US soldiers were always well equipped with proper uniforms. Largely thanks to Kentucky’s large hemp fields. 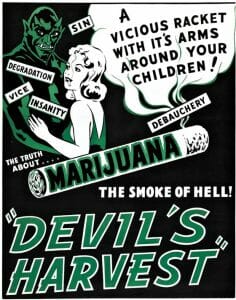 Industrial hemp cultivation in Northern America has been non-existent for years thanks to the public’s disdain for the Marijuana drug. Even though hemp played a significant role throughout US history as a source of revenue and materials, in addition to its support of the troops, it has been misconstrued and distorted by authoritative entities as a dangerous drug leading to its unjust eradication as a useful material.

When Was Hemp Rope Invented

Hemp products are generally legal worldwide as they do not contain any CBD or THC substance. This means you will not get high from smoking, for instance, a hemp rope. (Shocker I know.) Growing your own hemp is legal in some places. Recently, the president of the United States, Donald Trump, has signed the Farm Bill making hemp have a legal status federally. With this, the US has made large steps in making it easier for people to grow their hemp. However, you will still need to apply for licensing.

How to Condition Hemp Rope

If you want your hemp rope to become softer (at the expense of losing some strength) you can condition it. Conditioning the rope is a simple process however it is quite time-consuming.

What you will need to condition the hemp rope:

How to Treat Hemp Rope

If you get stuck, check out this guide for more information.

Yes, hemp rope can rot if exposed to saltwater for long periods of time, to mitigate this one can tar their hemp rope.

No, hemp rope does not have noticeable stretch, this is why in the past it was the go-to rope solution.

No, Hemp rope will sink.

Does Hemp Rope have THC?

No, hemp rope does not have THC. Hemp is an industrious plant, unlike its psychoactive cousins.

Yes, hemp rope can absorb some water, when untarred hemp rope holds water for a long time it can cause the inside of the rope to develop rot.

How Long Will Hemp Rope Last Outside?

A hemp rope will last about 8 years before it will start to fall apart.

Why does Hemp Rope Smell?

Hemp rope shouldn’t have any odors but in the chance that it does, it is likely due to water being trapped on the inside. To remove the smell simply let it dry out, or spray a little bit of white vinegar onto it. If that still doesn’t do the trick, then you might have to submerge the rope in a bucket of soap overnight and thoroughly wash it out and let it dry the next day. If that still does not do the trick then try to condition the rope as mentioned before.

You might be asking yourself, is hemp rope strong? There is a reason why hemp ropes used to be the go-to rope for any situation that required reliable and rugged ropes. Hemp ropes show no decrease in performance between -40°C to +60°C (-40°F to 140°F), however, based on this study hemp ropes might shrink a little at -20°C (-4°F)

Where to buy Hemp rope

Hemp rope is for sale at various places. Buying online is often the cheapest and quickest way to get your hands on some high-quality hemp rope. That’s why we made a list of the best hemp ropes, depending on your preferences.

to preface this, KINGLAKE rope is made from jute and not hemp, however, if it is only about the physical aesthetics of the rope, then this is a cheaper alternative that will give off those rustic-looking vibes that you are craving for your little projects.

Jute is a type of vegetable fiber that like hemp be harvested and spun into fibers, from which one can make rope. Jute, like hemp, has also been important throughout history. Jute has been used in Asia over five thousand years ago. Jute became popular in the west when the British started trading jute with the British East India Company. India and Bangladesh produce more than 95% of the jute in the world as of 2014. Jute saw heavy use during World War I when over one million jute sandbags were exported from Bengal to the trenches.

KINGLAKE is not just the best-priced rope for your own DIY projects but also one of the highest-rated among crafty people. KINGLAKE hemp is 100% natural. 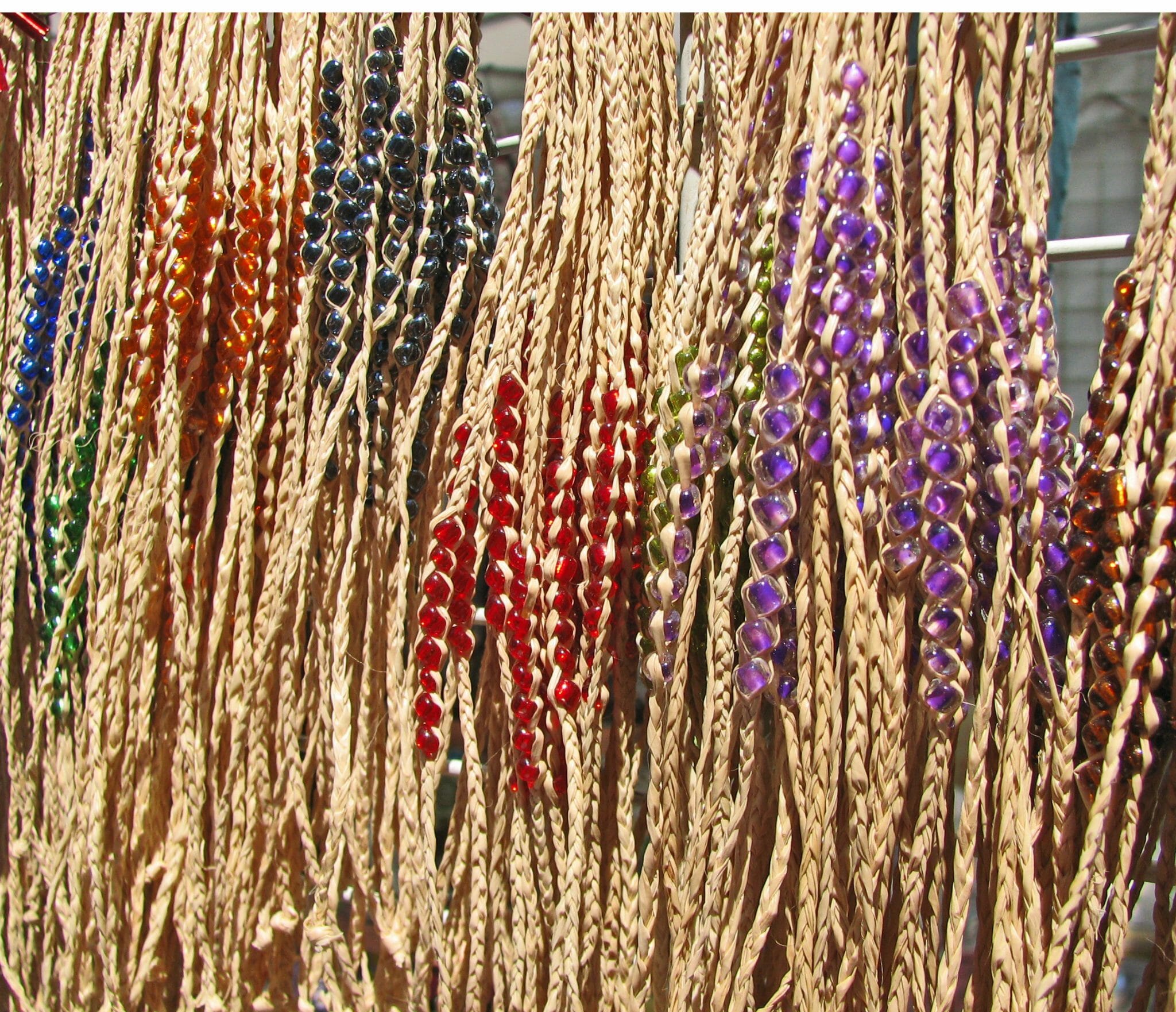 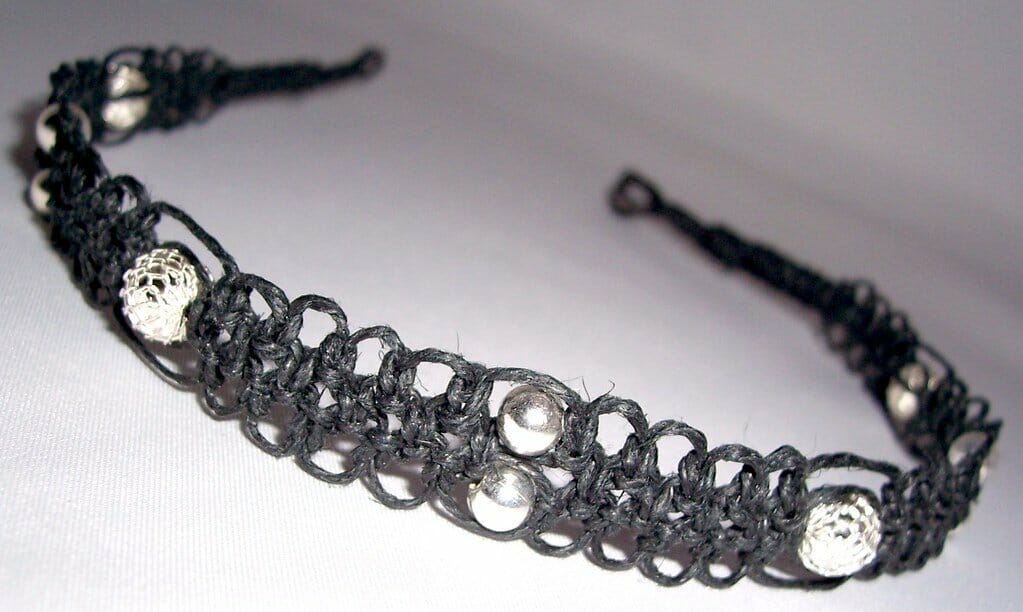 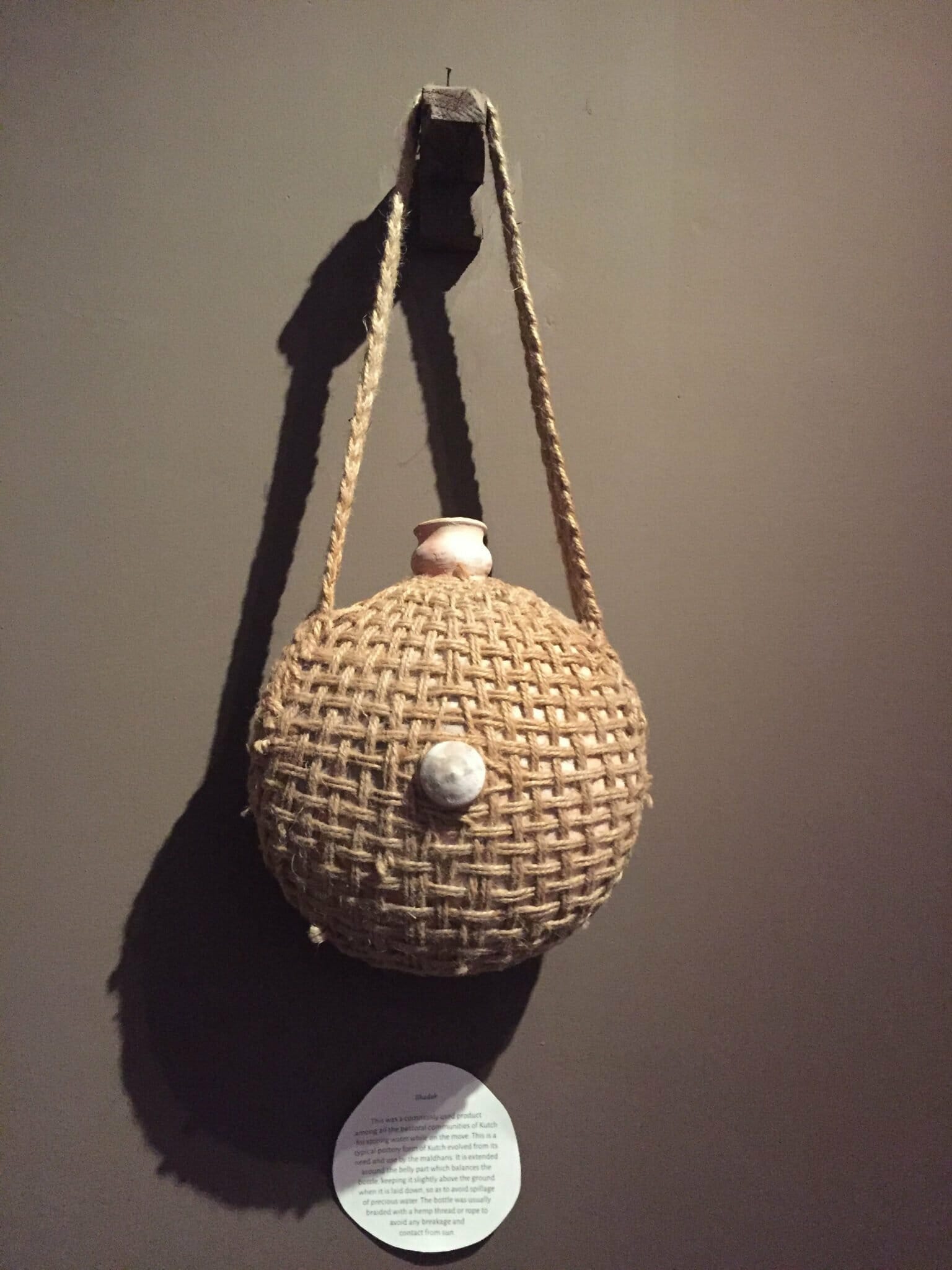 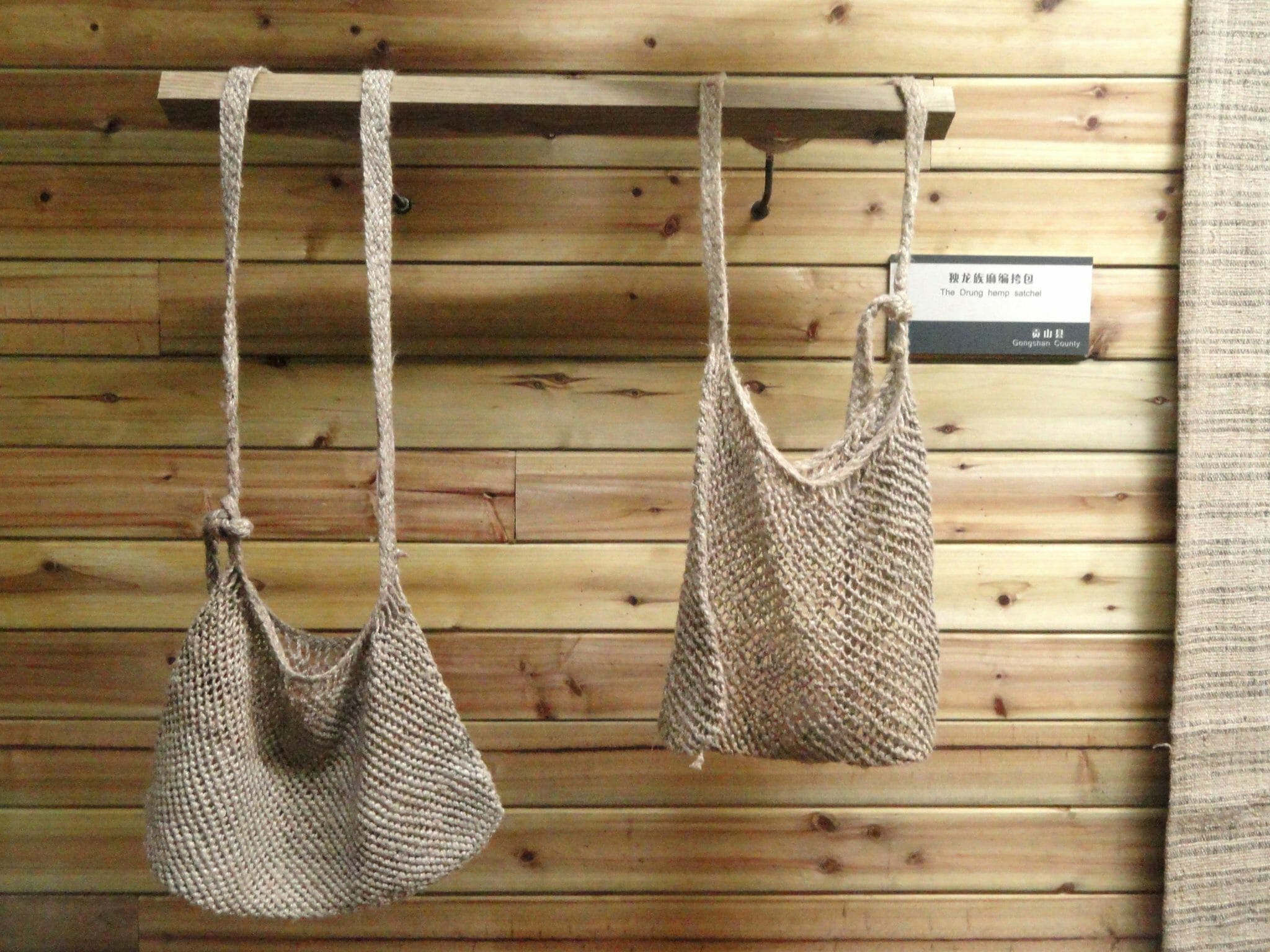 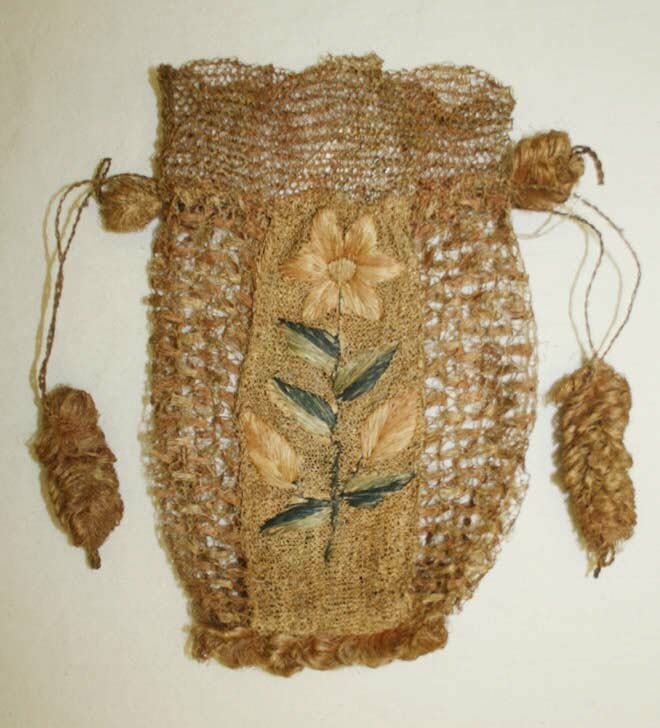 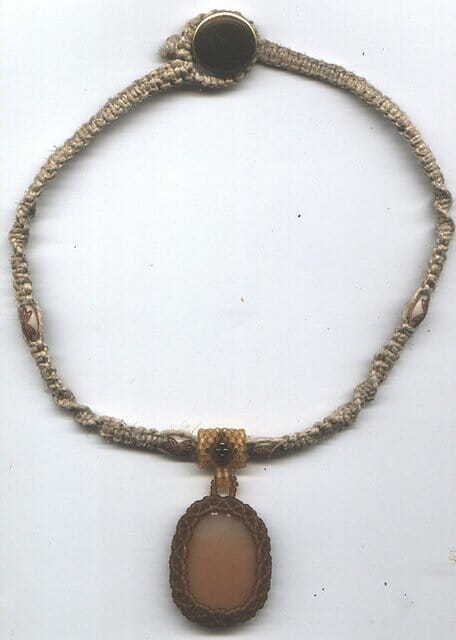 All You Need To Know About Pure Hemp Oil Gummies.

Is CBG the next trend?

Coronavirus Lockdown – Can I Still Get Marijuana...

How Has Coronavirus Changed the Cannabis Industry?

What Are The Real Benefits of Microdosing With...

Is There a Difference Between Hemp Oil and...