Top Posts
Legislation Regarding Hemp Oil, What’s Changed in 2020?
Hemp’s Interesting Uses Over The Years
What exactly is a High Potency CBD Oil
4 Different Ways You Can Consume Hemp Oil
Facts You Need to Know about Hemp Seed...
How To Make Your Own Delicious Hemp Milk
The 5 Best CBD Oil Trends of 2020
What is CBD Used For?
Is CBG the next trend?
5 Things to be Aware of When Starting...
hempcannabiscbdindustry

When we think of Hemp Oil on the high street or from your favorite online companies, we immediately think of a legal food supplement. All over the Western world Hemp Oil has influenced our daily lives due to the accessible way we can purchase it. However among other mass disruptions to business life in 2020, the Hemp Oil industry has also been affected, this time regarding the law. In this article, we will discuss how the market has shifted due to changes in the law for better and for worse.

The law till now 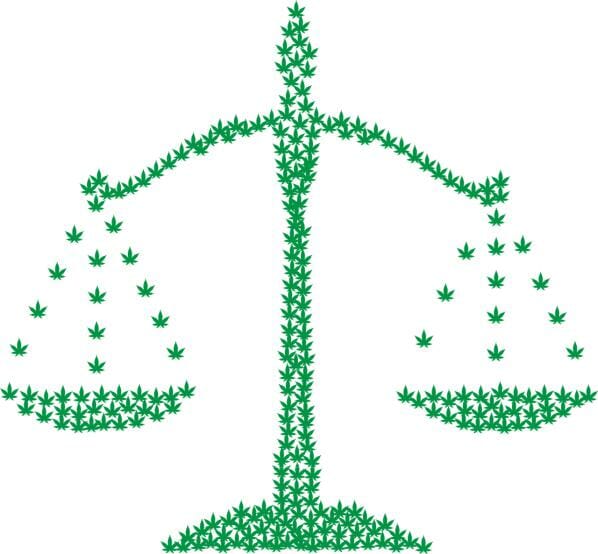 not exceed 0.05% THC. Such supplements in Europe, that are commonplace in Holland and Germany can be loosely described as Broad Spectrum Hemp Oil.

All in all, the law in the West has stated that CBD should be freely accessible as a food supplement and should have few boundaries in being stocked online or on the high street. This has allowed the Hemp Oil market to flourish and transform Western economies. These liberal laws have also hindered the negative stigma surrounding Hemp-derived CBD meaning that Hemp now plays a huge role in people’s lives.

The role it plays in people’s lives has ushered in the creation of numerous control bodies and customer protection groups to further screen CBD companies. One such control body in the UK is the CTA (Cannabis Trades Association) that scrutinizes CBD companies in the quality of their lab reports, their ingredients, and sourcing of Hemp Oil. Given that most wholesalers and customers don’t take companies in the UK without a CTA membership seriously, being a part of this cohort has become a badge of honor and legitimacy.

Furthermore, pro-CBD groups such as the EIHA (European Industrial Hemp Association) are lobbyists for free CBD use and accessibility for all people in European society. They advocate this by firing back at big pharmaceutical organizations that have attempted to pressurize governments to convert the definition of Hemp products from food supplements into medicinal products. They do this so they can become the only sources of Hemp Oil for customers, or should we say, patients. The EIHA sees this as an attack on the customer’s liberty to access and utilize Hemp in their daily lives, which is a natural and amazing substance that shouldn’t be capitalized on within a corporate environment.

The result of this has been widespread Hemp Oil usage because the law has gone hand in hand with pro Hemp groups in sustaining Hemp Oil as a part of daily public life. However, this has only been the law till now. In 2020, among a debilitating coronavirus pandemic and economic downturns, the way Hemp-derived CBD’s legal status is defined by the law has taken a massive U-turn.

The new definition of CBD

The first arguments for an alteration in the legal status of Hemp Oil started in Europe and spread to the UK in 2019, where the debate became most fervorous. On the side of lawmakers was that CBD and its related cannabinoids should be reclassified as Novel Foods. The main reason for this they claim was that Hemp hadn’t been used considerably before 1997, which is what constitutes something as a Novel Food. However, pro Hemp groups stated that CBD should remain as a food supplement because Hemp has had a rich and diverse history of public use for eons well before 1997. The main concern on this site was that Novel Foods require a whole host of additional and repetitive tests or lab reports. Whereas these have already been employed for CBD to be on the market as a food supplement.

In response to this European lawmakers pushed that new Novel Food dossiers showing the ingredients of Hemp Oil products were needed as many dubious sellers of CBD were present in the market. These “cowboy” sellers they stated

usually had illegal amounts of THC in their products thereby causing harm to the public.

Although this is true, the vast majority of CBD sellers in the UK and Europe have legal lab-tested CBD supplements that never overstep the amount of THC their countries allow. It was due to this that pro Hemp groups stated that subjecting every company to compile extra dossiers of ingredients was a waste of money and time, as CBD companies already pay vast amounts for lab reports. They also stated that these extra tests in a difficult Western economy would cripple the market and cause many small CBD businesses to go bust as they wouldn’t be able to afford the extra investment for more pointless lab tests.

However, there was no real explanation as to why the Novel Food issue came to be. The rumors were that Big Pharma or Novel Food application companies were in bed with policymakers to change the status of CBD for monetary means. Eventually, in 2020, the Novel Food argument died down a little due to a lack of traction, but in its place came a new threat that now looms over the market.

For instance, now that we have hit 2020, a whole new host of arguments have erupted, starting again in Europe where the law could be set to change again and affect the market with a much more serious tone.

Is CBD really a narcotic?

Whilst the US Hemp market has benefitted from legal changes that occurred in 2020, where the 2018 Farm Bill allowed legal CBD to be extracted from Hemp plants by any licensed grower- the European Commission (EC) has been scaling back growth of their Hemp Oil market. 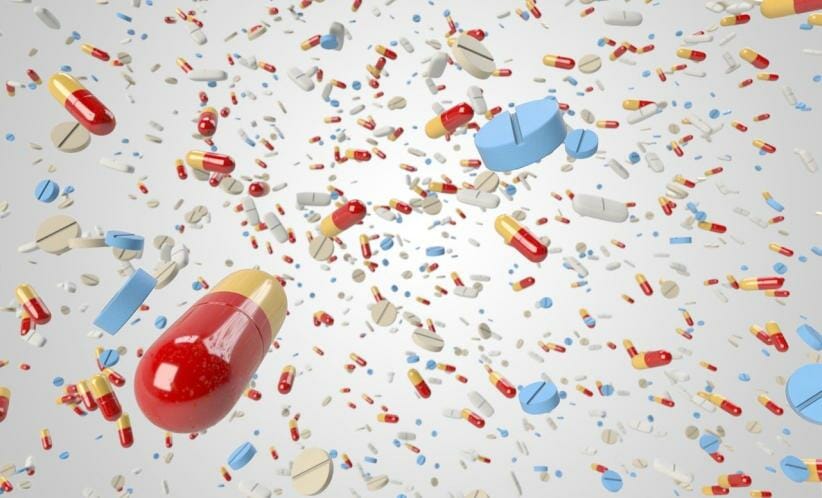 This is because shocking news only emerged a couple of weeks ago that in replacement of the Novel Food issue, a new law is being debated that defines CBD as an outright narcotic.

Yes, you heard that right, a narcotic that has psychoactive properties and induces sleep like effects. The reason for this speculation is because the EC believes that Hemp-derived CBD could fall under The United Nations’ Single Convention on Narcotic Drugs, 1961. Let’s look at what this policy entails.

It states that all substances that may alleviate painful symptoms for people and that potentially cause psychoactive effects when used in excess, are to be heavily controlled or made illegal to sell under some circumstances. The EC particularly refers to the segment of the bill that describes Cannabis (Cannabis Sativa) or the flowering or fruiting tops of the cannabis plant (where CBD is extracted from) should be defined as a narcotic.

There are some drawbacks to the EC’s argument here, however. Firstly CBD by itself is not psychoactive. That means CBD isolate supplements are likely in the

clear if this law ever comes into place. Secondly THC is found in small incremental amounts in Hemp Oil supplements and is therefore non-psychoactive. Many reliable medical sources also state this. Consequently, the EC’s fears that Hemp Oil may have narcotic type effects lose credit.

Therefore the EC has their work cut out for them in changing the legal definition of Hemp Oil products in Europe. As a result, Hemp Oil products remain on the shelves for online stores and the high street including the UK. The UK however has openly indicated that the market will not be affected at all as the FSA looks to keep CBD as either a Novel Food or food supplement. This could be due to Brexit and the UK’s imminent free reign over its own laws relating to food supplements.

In fact, the UK market could become the new avenue for all CBD products in the European continent if CBD comes to be stated as a narcotic. This is one example of a potential change in law bringing much-needed fortune to the UK Hemp Oil market.

Is the UK the new king of Hemp?

The UK’s FSA has declared that because the Novel Food status of CBD is set to be completed in 2021, the necessary lab tests and scientific grounding will be sound enough to vindicate CBD as a non-psychoactive substance. Therefore it’s in no way a narcotic. 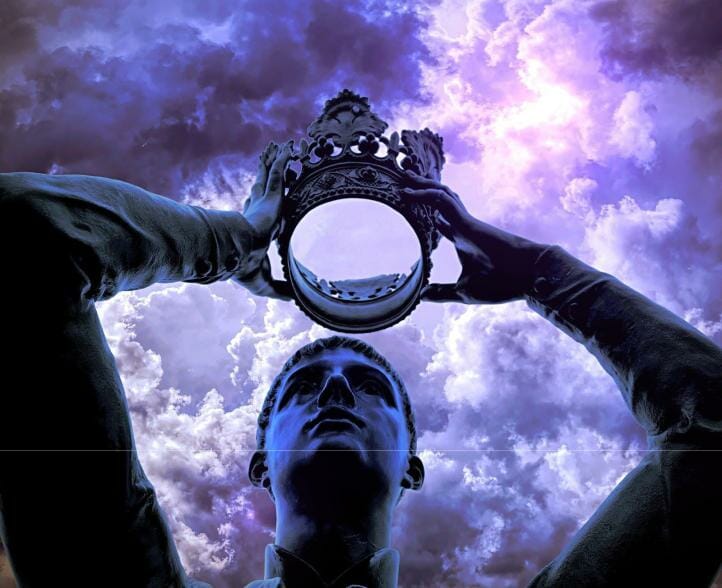 Due to this, the UK will be the only European country that doesn’t adhere to the narcotic reclassification of CBD in Europe, meaning that CBD users have no choice but to look towards British shores as their source of CBD for daily use. This change in law across the pond means that the UK market could grow as demand for the UK made Hemp Oil skyrocket.

Subsequently, as some bemoan the coming stricter regulation of CBD in Europe, the British Isles could be the new king of Hemp for the continent. However, it is not yet confirmed whether the changes in policy for CBD will be undertaken by the EC, as they await rebuttal from pro Hemp organizations on the matter.

In this article, we have discussed how the law encompassing CBD in the UK and Europe was relatively untouched until 2019, where CBD remained a food supplement. Secondly, US Hemp Oil remained compliant in the eyes of the law, especially regarding the 2018 Farm Bill.

On the other hand, as the Novel Food argument heightened in 2020, the UK’s pro Hemp associations had some fighting to do in supporting businesses and their CBD food supplements. However because the Novel Food argument fell silent in Europe, a new round of talks began in re-defining CBD as a narcotic that should be subject to laws that are similar to ones we see for some medicinal products. This massive U-turn has meant that changes in the law for European CBD companies means customers could lose out in Hemp Oil supplementation. This leaves the UK as the reigning Hemp champion in the continent if this new policy is implemented.

At All Round CBD, we look to spread Hemp Oil market news and spread correct information on CBD dosage or use. We also supply Full Spectrum Hemp Oil to the world and innovate supplements like ​Turmeric infused CBD​to further bring benefit to people’s lives.

Hemp’s Interesting Uses Over The Years

Hemp’s Interesting Uses Over The Years

What exactly is a High Potency CBD Oil

Is CBG the next trend?

DIYs During Lockdown: How to Make Your Own...

Coronavirus Lockdown – Can I Still Get Marijuana...